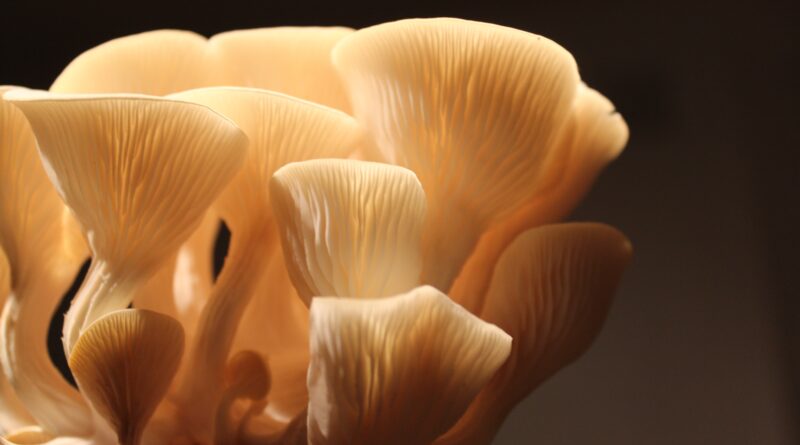 When should oyster mushrooms be harvested?

Oyster mushrooms are one of the most popular mushroom kinds among gardeners. They’re delightful to eat and good for you and your family’s health. 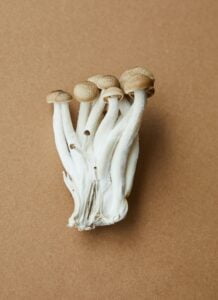 It’s much easier to grow mushrooms now that you know you can buy spawn. So, once you’ve planted your spawns and they’ve reached the point when they start to fruit, most gardeners worry about when they should start harvesting. Some people harvest oyster mushrooms too early, while others wait until they have darkened due to overgrowth.

Things will progress rapidly once your mushroom has fruited, as long as you keep your fungus well hydrated. Your mushrooms will grow larger by the hour. Start preparing for harvesting now, before your mushrooms become too huge and dried.

When to harvest oyster mushrooms?

It’s important to harvest your oyster mushrooms when they start to flatten out or turn upwards before they start dropping a lot of spores. If this is your first time growing them, it may be tough to judge at first, but you will quickly get the hang of it. It’s time to harvest your mushrooms if you notice they’re getting bigger, drying out, or producing a lot of white dust.

When the edges of the mushroom caps start to flatten out, it’s time to harvest. You can twist them with your hands or use a knife to cut the cluster off. After you’ve gathered your oyster mushrooms, prepare a delectable oyster mushroom feast for yourself and your loved one. It is the overview of when to harvest oyster mushrooms.

Quick Facts to Help You Decide When To Pick Oyster Mushrooms

You can get a whole mushroom kit that includes instructions and a timetable for gathering your mushrooms. Alternatively, you might estimate based on the conditions under which the mushrooms grow.

Keep in mind that the mushrooms may be ready a few days earlier or later than the specified date. Harvesting time is not determined by the size of the fruit. Bigger mushrooms aren’t always preferable; in most cases, they indicate that they’ve become overrun.

When the caps change from convex to concave, which implies turning down to turning up, is the greatest time to collect mushrooms. Harvest 3 to 5 days after the first mushroom begins to form. Keep an eye on the tallest mushroom in the bunch as it begins to turn up at the margins after turning down.

Read about: Stages of growing asparagus

If you don’t pick your mushrooms in a timely manner, they will overgrow and spoil. Check for overgrown mushrooms by looking for the following signs:

Darkening At The Gills And Caps’ Edges – Harvest at the proper time to avoid getting the edges excessively dark.

This oyster mushroom has been allowed to dry out or harden for a longer period of time than the others. It should have been collected sooner rather than later before it became too dry.

Amateur mycologists who go mushroom hunting are divided into the best methods of mushroom harvesting, but there isn’t much of a mystery involved. The argument centers on whether the mushroom should be cut from the mycelium or twisted and pulled apart. It doesn’t make a difference in the real world.

Wild mushroom foragers should only focus on picking mushrooms that have matured to the point where most of their spores have been dispersed. It is possible for home gardeners to harvest either by hand or by cutting the fruit. It’s not necessary to let the mushrooms drop spores when using a home mushroom kit, so harvest them as soon as you see a white “dust” falling onto the surface below the colony. When you see spores, you know the fruit is ripe.

How to Take Care of Oyster Mushrooms

After you’ve figured out when to harvest oyster mushrooms, you’ll need to figure out how to harvest them. You can twist the family of mushrooms by pinching the base or cutting them with a sharp knife or scissors.

This is all about when to harvest oyster mushrooms. After you’ve finished collecting your mushrooms, turn the straw over and a few more mushrooms will appear on the other side. It’s perfectly fine if it doesn’t work for you.

After you’ve completed growing your oyster mushrooms, you may either throw the straw away or compost it. If you compost your straw, avoid eating any mushrooms that grow throughout the composting process. It’s possible that these aren’t edible.

You can come back as many times as you like now that you know how to cultivate oyster mushrooms at home and have a harvesting guide, to make sure you’re doing everything correctly. Mushrooms can be grown for profit, as a side business, or simply to feed your family and friends.

One thought on “When to harvest oyster mushrooms”