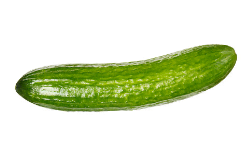 Fruits
August 23, 2022 Expert Is White Cucumber Safe to Eat, Why are my Cucumbers White
Spread the Love by sharing

Many gardeners asked me the question why are my cucumbers white? Here is all about white cucumbers. Today’s market is flooded with cucumber seeds that have been engineered to yield white fruit. The cucumbers are extremely similar to green kinds in taste and texture and frequently contain the words “white” or “pearl” in their names. However, if you planted green kinds and received white cucumbers in their place, it’s important to investigate any issues. Cucumbers need a little attention and the ideal environment (e.g warm, consistent water, and sunny weather). You can make them one of your top-producing garden crops if you can guarantee these.

Why are my cucumbers white?

A fungus called powdery mildew is one cause of the whitened cucumber fruit. The fruit’s upper surface is affected, and the cucumbers may appear to have been flour-dusted as a result. The mould has the potential to envelop the entire fruit as it spreads. When the humidity is high and the air circulation is inadequate, powdery mildew typically develops.

Making the environment around the cucumber plant less conducive to the disease will help treat powdery mildew. Plants should be thinned so that they are spaced properly apart to allow air to circulate around them. To avoid getting water on the plant, use a soaker hose to distribute water straight to the soil. 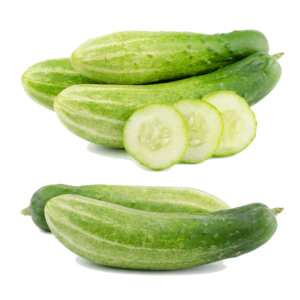 Blanching and excessive wetness are two frequent issues that affect cucumber plants and result in white fruit. When the fruit is entirely encircled by leaves, blanching takes place. Sunlight is necessary for cucumbers to develop and keep their green hue. The fruit might possibly be placed such that it gets enough light. If not, remove one or two big leaves to let the light through.

Because water leaches nutrients from the soil, excessive moisture causes cucumbers to turn white. Cucumbers become pale or colourless if they are not provided with the nutrients they need to grow properly. By giving the plants phosphorus-rich fertiliser and giving them water only when necessary, you can solve the issue. These are the reasons why are my cucumbers white.

Your cucumber plants may deceive you into giving them excessive moisture. On hot, sunny days, water evaporates quickly from the large, flat leaves, causing them to wilt. Even though the soil may have enough liquid, the roots cannot absorb it as quickly as it evaporates. Wait until the sun has set and the temperature is at its lowest to assess whether the plants require watering. The plant doesn’t need watering if the leaves regenerate on their own. Otherwise, watering is required. That is all about why are my cucumbers white.

Is White Cucumber Safe to Eat?

Cucumbers are a fruit that is sweet, crisp, and nutrient-rich. White cucumbers, on the other hand, could taste bitter if you consume them. The best course of action is to stay away from infected white cucumbers, especially ones with white patches brought on by a cottony leak or powdery mildew. They don’t taste nice and could even be dangerous.

It’s safe to eat those that have turned white as a result of blanching or too much rain. Vitamin deficits, however, may result in a significant loss of flavour. Don’t risk it; instead, toss any contaminated cucumbers and only select healthy, ripe cucumbers. 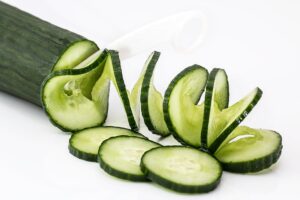 It can be pleasurable and simple to grow cucumbers. Additionally, it includes antioxidants like flavonoids and tannins, which may reduce the chance of developing chronic diseases. It also has many positive health effects.

However, issues that pose a threat to cucumber plants, including cucumbers becoming white, must be watched out for. You will surely have a good yield if you take care and pay attention. Happy plucking and may your crop be abundant.

One thought on “Why are my Cucumbers White? Is it Safe to Eat?”