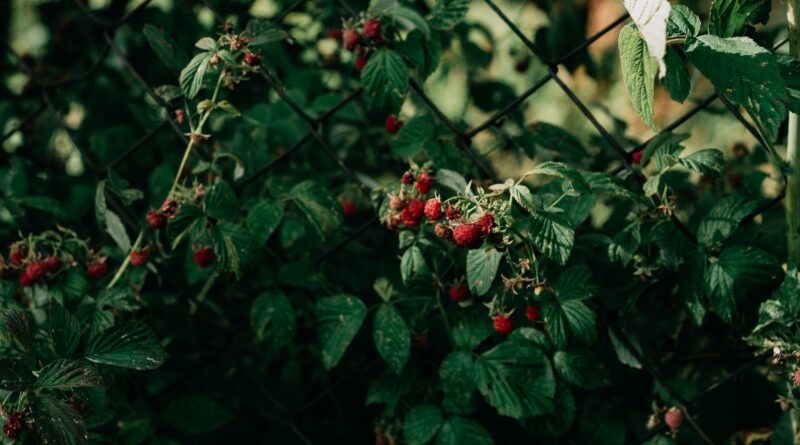 Most regions in the United States have wild raspberries, either sown by birds or spread by prolific runners. Companion plants for raspberries are discussed in this article. Simple-to-grow plants like raspberries are often taken for granted as easy-to-grow in the home garden. If you purchase some raspberry plants and put them in the ground, you may expect them to thrive and produce much fruit, but this isn’t the case. Raspberry bushes may sometimes be caused by the plants around them or what the soil originally held. Companion plants may be used to remedy several difficulties with raspberries. In this post, you’ll learn about companion plants for raspberries.

What Is a Companion Plantation?

How Does Companion Planting Help the Crop?

Plants that grow close to one other are called “companion plants,” They may undertake various gardening tasks, from fertilizing the soil to removing weeds.

Insect pests will be repelled. A wide range of pests, including cabbage worms, cucumber beetles, Mexican bean beetles, and carrot flies, are potential threats to vegetable plants. Insect-repelling companion plants like marigold flowers, catnip, and rue may be grown alongside particular crops to keep them free from pests.

Attract helpful insects to your yard. Vegetable gardens may benefit from a little help from pollinators like bees and ladybugs. Borage flowers, for example, are popular among gardeners because of their ability to attract pollinators.

How to grow pomegranate from seeds

Boost the nutrients in the soil. After the growing season, the gardener must undertake a lot of labor to replenish the soil’s nutrients. But there are numerous companion plants (like bush beans and pole beans) that return minerals like nitrogen to the soil, ensuring the health and well-being of the other plants in the garden.”

Either encourage quicker growth, or greater flavor will be a welcome side benefit. Companion plants such as marjoram, chamomile, and summer savory, which produce compounds that promote faster growth and greater flavor in the plants surrounding them, are an excellent choice for home gardeners.

Cover the earth. Low-growing plants (like oregano) shield the soil from the sun and keep it cooler for plants that require it, like lettuce and kale.

Shade the area where it’s needed. Zucchini and asparagus, for example, may offer shade for plants that are more susceptible to the sun’s rays.

Act as identifiers. While waiting for the seeds to sprout, it might be difficult to determine where the rows are while cultivating slow-growing plants. A common practice among gardeners is to use fast-growing plants (such as radishes) to designate where the slower-growing plants will be.

Because of their vulnerability to blight and verticillium wilt, raspberries should not be planted near nightshades like eggplant, potato, or tomato. Soil-borne fungal infections shouldn’t be spread by growing raspberries near other berry crops like boysenberries, blackberries, or even gooseberries. 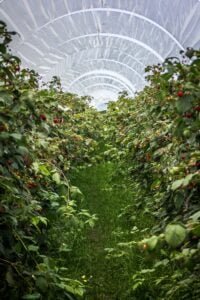 Previously present plants in the region might harm raspberries’ development and health. Planting raspberry plants in an area that has previously cultivated potatoes, tomatoes, eggplant, or strawberries is a bad idea. Blights and other fungal diseases, such as verticillium wilt, may spread from these plants to raspberries if they are planted close by.

One thought on “Companion Plants for Raspberries”