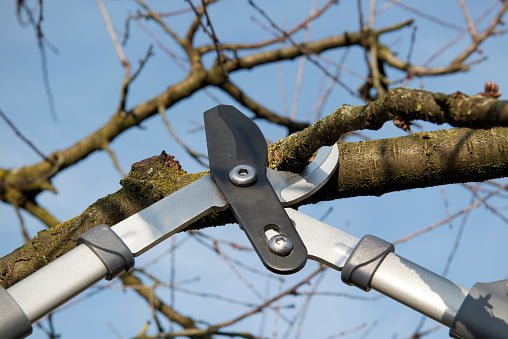 A guide on cherry tree pruning

Pruning cherry trees, or any other fruit tree, is critical for their care and maintenance. To get the maximum sunlight possible, cherry trees need to be trimmed. This enables improved fruit set, harvesting, and disease prevention by enabling light conduits to reach the cherry tree, allowing for aeration. This means that when you cut back a cherry tree, it will grow properly, resulting in better fruit early in its life and a healthier tree in general. Branches on trees that have been incorrectly trimmed or trained are more likely to be damaged by excessive fruit output. Here is the complete guide on how to prune a cherry tree. 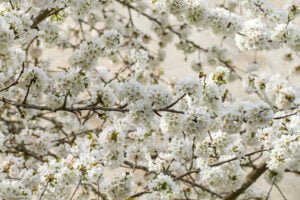 How to prune a cherry tree

The main question of the gardener is how to prune a cherry tree. When the trees are dormant during the winter months, it is best to prune fruit trees. However, there is an exception to this rule: pruning delicious cherry. It is ideal for pruning sweet cherries in the late summer when they are less vulnerable to fungal and bacterial infections, particularly on newly cut limbs. To avoid reducing fruit production and growth, only thinning cuts should be used during the summer pruning season.

To open up the canopy, thinning cuts remove a whole branch, limb, or shoot up to its origin. It is more vigorous to prune during the dormant season. As long as the tree’s energy stores are not reduced, it will continue to grow throughout its dormant season. Dormant season pruning should begin as late in the winter as possible to prevent harming the tree. The danger of winter frost must have passed to prune sour and weeping fruit trees. This time of year may also be ideal for shaping and training young cherry trees before they bloom.

Young trees are more vulnerable to cold harm; therefore, pruning should begin as soon as buds appear, but only after any risk of severe low weather has gone. Pruning mature cherries may be done at any time of year, although it is best to wait until they have fruit before doing so.

Cherry tree pruning equipment includes a hand pruner, long-handled lopping shears, and a pruning saw, amongst other things. Bypass pruners are superior to anvil pruners because they can do a more precise pruning task. Before trimming any fruiting tree, it is essential to sanitize your pruning instruments. This is to guard against the cherry becoming infected by diseases from neighboring plants. You may use rubbing alcohol and a towel to clean the blades, or you can prepare a solution of one part bleach to nine parts water and then rinse and dry the blades.

Pruning Cherry Trees When They Are Young

Pruning young cherry trees into an open vase form will enhance the number of blossoms and, as a result, the amount of fruit produced. The first step is to remove the suckers from the trunk of the tree and any sprouts from limbs that point toward the trunk and weak branches. All of them are useless shoots that try to steal nutrients from the sections of the tree where you want them to go—additionally, chopping them up aids in increasing airflow.

Cut the sucker just outside the branch collar, the raised area where the stem meets the trunk, and remove it from the plant. Discard or chop off any branches that are damaged or infected with fungus. Fall and winter are two exceptions to this norm. Depending on the species, a heading cut may remove anywhere from one-third to half of a stem, branch, or limb. As soon as the buds have formed, you’ll be snipping them off and destroying the potential for fruit.

When a tree is headed, the top of its central trunk is cut off to encourage the growth of the branches on either side. In the first two years of the tree’s life, this is done to shape it. The sapling should be at least 30 inches (76 centimeters) tall before it can be hacked down. Cut the leader at a 45-degree angle, leaving the tree between 24 and 36 inches (61 and 92 cm) tall. In the following year, begin to build a scaffold whorl, a set of four lateral branches that extend out from the tree and serve as a strong stricter.

Decide which branches to keep and which ones to remove, keeping only the strongest and most evenly spaced. At least 8 inches (20 cm.) apart from the lowest branch about 18 inches (46 cm.) above the ground, choose limbs with 45 to 60-degree angles to the leader. Cut the four branches to a length of 61 cm (24 inches) by making angled cuts off 14 inches above the buds. In this area, new growth is expected to take root and flourish.

To remove the remaining branches, continue to make clean cuts flush against the leader. Another scaffold whorl can be added to your ring the following year. As the tree grows, you’ll want to add a second set of four branches, this time about 2 feet (61 cm) higher than the original set you chose. Don’t choose branches that interfere with or fall on top of the older main limbs. You can build a second scaffold by doing what you did before.

It’s time to encourage outward growth by removing new vertical limbs from the tree when it’s three years old. To get the job done, you’ll need loppers, not shears. Before using any tools, be sure to clean them thoroughly. Remove any dead or diseased limbs, as well as any dead or diseased fruits. Removing any suckers from the tree’s base is a good idea. Crossed branches should be cut off. Cherries are susceptible to disease, so be sure to clean up after yourself thoroughly. Also, apply a tree sealant to all cuts to prevent disease.

To summarize, keep your end goal in mind when performing cherry pruning. Ideally, your goal is to create a tree that’s easy to work with while also visually appealing. Pruning fruit trees is not a science. For the most part, you’ll be winging it. Try to imagine how the tree will look when it’s leafed out in the summer, and remove any shoots that appear to be too close together. This is all about how to prune a cherry tree.

One thought on “How to Prune a Cherry Tree”