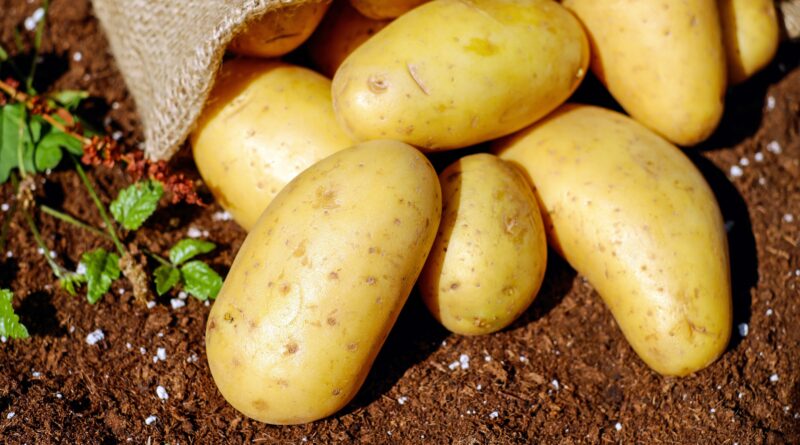 This article is about the production technology of potatoes. The potato belongs to the Solanaceae family, and the scientific name is Solanum tuberosum. There are many species of this family, and only a few can produce tubers. It is a staple crop of many countries, and it is made in large quantity and ranks with other crops like wheat, cotton, and rice. It was firstly introduced in Europe in the 16th century, and now it is cultivated throughout the world along with India and Pakistan. let’s discuss the production technology of potatoes.

It is mainly used and mixed with other vegetables, meat, and fish. Potato chips are prepared all over the world. It is a rich source of starch. It also contains proteins, minerals, and vitamins, particularly C. 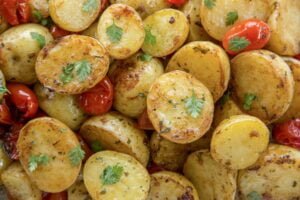 It is cultivated in a wide range of climates. It is a cool-season cold and frost tolerant crop. Temperature requirements are following;

The soil should have the following characteristics:

Some researchers suggest the following dese of fertilizers;

We planted potatoes as tubers or as a whole or cut them into pieces. Seed potato should be healthy, disease-free, and free from the mixture of other tuber seeds. Its seed rate mainly depends on the soil, climate, variety, and tuber size. Its recommended seed rate is 800-1000kg/ha.

We should rinse it frequently. First irrigation is done just after planting. After that, there is a one-week interval between irrigations. We decrease irrigation when tuber formation starts. We stopped irrigation a week before harvesting.

Common varieties of sub-continents are;

Harvesting depends on the size of the tuber. When the tuber matures and gain its full extent, the vine will dry. Mechanical harvesting is done in many developed countries. In the sub-continent, it is still harvested with a spade. Tubers should not be injured during harvesting. Tubers are collected and stored in the shade just after harvesting.

Its yield depends on;

The yield of every variety is different in different places. The average crop of potatoes is 20 to 25 tons/ha. 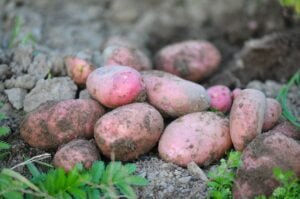 It lives deep inside the field. It attacks other root crops along with tubers. It damaged the crop.

It directly attacks the leaves of the plants and sucks their sap. Cause yellowing of leaves and faded them.

It turns tuber colour from brown à black and after that rupture it.

First appears on leaves as brown or black lesions. After that, these spots increase in size and cause leaf curling and drying.

It appears as fungal spots on leaves which are dark in the centre and yellow margins. So, here is the complete production technology of potatoes.

4 thoughts on “Production Technology of Potato”